While subscription content is popular, DLNA streaming is still common. But have you ever wondered which DLNA client app to use? So, I tried the DLNA client application that can be used for free in iPhone and iPad.

I rated the app on the items listed in the table, which is what I need as a media player.

Here they are, in ranking form, in order of 5th place. Can’t you use the #5 app? You may be thinking, I’m going to do this. However, I confidently declare, “No problem”.

In fact, it’s no exaggeration to say that all of the top five apps should be used.

It is the DLNA player application that I loved with iPhone 5s 6 years ago. Neatly maintained and still in service. Banner ads come in, but it’s much more discreet than other apps. I had no trouble with the practicality of it. It is inferior to other DLNA apps in terms of function, but the advertisement is modest. It’s an app that can play both audio and video without difficulty. This Lite version application interjects the advertisement of the full screen before and after the file playback, and is not suitable for regular use. However, theapp’s design and controls are so polished that it wouldn’t hurt to buy the $4.99 paid version.

When music is playing, a mini-player appears on the screen as shown in the image. It is the application that remembers the folder that I selected in the past, and is DLNA player that pays attention to the details such as highlighting.

It’s an app that you want to use not only as a DLNA, but also as a regular media player. If there were no ads, it would be #1 with no complaints.Try the lite version and buy the paid version if you like it.
It’s a super versatile player that can be used over a VPN with no problem.

It’s amazing that such a good DLNA player can be used for free. There is no hindrance to the use of the site, although it does show modest advertising. The video can not be played, but the UI of the song selection and the mini-player of music playback is cool.

You can also use DLNA via VPN, so you can enjoy the music stored on your NAS on the go. I feltit was an unbeatable DLNA app for music playback. The crossfade feature is perfect for those who want a comfortable listening environment. 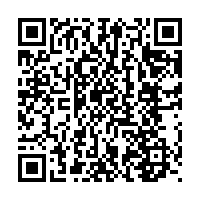 It’s an open source player that is being developed on multiple platforms. I’m sure many of you are already using this product. I continued to use it, and it was an excellent DLNA player.

In addition to the wide range of video and audio codec support that VLC excels at, there are plenty of options for video playback.

The app can play 4K MKV files, and there is a de-interlacing function, and it is full of gratitude to the people of the VideoLAN project to be able to use such a high-functioning app for free. 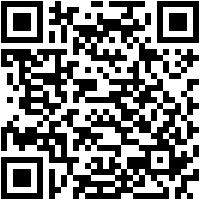 I single-handedly ranked them from 1st to 5th, but there were many things that bothered me about ranking them.

If you mainly use music, Evermusic is the way to go, and if you want video, VLC is the way to go. The usability of the app varies greatly depending on the user’s media style.

Please install the five apps I’ve introduced this time and find the one you like.

By the way, I’m shocked that the two paid apps I purchased in the past are not currently being maintained and were almost useless. The app style that is difficult to monetize seems to make the update itself tough.

In another article, I’ll introduce the DLNA compatible apps for Android.